When I first came to Vietnam in 2016, Biba was a new client in the gym where I was employed. A Turkish national, Biba had moved to Vietnam with his new family to pursue a successful career in fiber optics, but weighed over 110 kg and was unhappy with his health. After his first trainer didn’t work out for him, he became my first client in Vietnam, and the rest is history.

Like many people in the gym, Biba showed up on a mission. But Biba had an edge that you don’t often see- he brought an intensity to his sessions that was rare. A kind and somewhat goofy person by nature, a switch was flipped in Biba every time he changed into his workout clothes. It was as if an earthquake hit the gym every morning at 6:30. Biba quite literally smashed his way through his workouts: slamming battle ropes, hammering medicine balls, and deadlifting more than his own bodyweight. I feed off of his energy. Starting my day overcoming challenges with Biba was often the only thing that would get me through the 12-14 hour working days as a rookie trainer.

And, as the kilos dropped away, we also became friends. When he first started eating healthy, he unloaded almost 10 kilograms of cheese and sausage onto me. He became known to my family as “Cheese Guy”, a nickname that he still hasn’t outgrown. We often spent (and still spend) time hanging out after our workouts, a time when we would often change hats- Biba changing from my student to my teacher as he would give me advice on how to be a successful businessman and family man.

After almost five years as my client and my friend, Biba has been my most enduring success story. We coaches often preach about how important it is not to crash diet, losing weight quickly just to add it all back on. But Biba has stayed consistently healthy as long as I’ve known him, even though he has had every excuse to quit. In our five years, he’s spent more than almost two years away from the gym traveling abroad, sometimes weeks at a time, sometimes many months. But Biba has never given up the program. As I’m writing this today, Biba is living in a tent in his factory in Long An, and is continuing to meal prep, follow our online exercise programs and make every effort to stay healthy. He’s at an all-time lightest weight of 86 kg, smashing through his original goal of 90 kg. After all this time, he is still getting stronger, leaner and healthier.

And every day, he makes it obvious that he has not reached his limit. He is not only a joy to train, but it’s an honor to be his friend, and he inspires me every time I speak with him to be better. 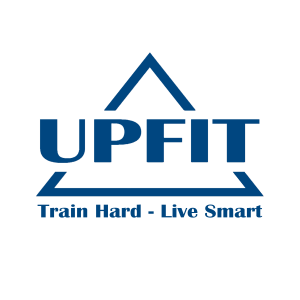